Home » Blogging » Why is it important to have character?

I had a bad case of writer’s block this weekend. I wanted to write something great and profound but was unable to do so because at the moment I had the attention span of a child-LOL

So I decided to do some spring cleaning and came across this gem of a speech I had written in high school for our speech team. “There’s nothing new under the sun,” is something my mother often says to me. Reading this speech made me realize how true this saying is because even though I wrote this speech many moons ago,  but it still rings true today. See for yourself and I am sure you will agree  (there is an audio version as well)…

The Importance of Character

Everyone has it. Some more than others. You have it. I have it. We cannot escape from it because it is who we are and we must strive to improve it in order to gain acceptance from others and ourselves. It is the only valid thing we have by which to judge someone. What is it? It is character. Character can simply be defined as moral or ethical strength. But when you see a handsome young guy walking down the street you don’t say,” That guy has a great…character!”

Character is not a physical thing. It is not something you wear. To some character is a quaint little idea based on what we learned in kindergarten, but it is much more than that. It is the culmination of who we are. Character comes as a result of life and it doesn’t come easily. In order to know where we are going, we have to know where we have been in the struggle to achieve character.

During the forties and fifties, teachers and parents were the moral leaders that students admired. Hard work and patriotism were strongly affirmed in schools.In the sixties and seventies, America’s youth rejected the previous generation’s conformist attitude and opted to adopt idealism. The nation took John F. Kennedy’s statement to heart, “Ask not what your country can do for you, but what you can do for your country.” America’s adolescence along with their teachers accepted this challenge by participating in the Peace Corps and later the Teachers Corps.

In the middle of America’s rebirth, Kennedy was assassinated, Martin Luther King was gunned down in Alabama, and Kennedy’s brother, Robert saw the end to his life in a hotel kitchen in Los Angeles and with that came a transformation in schools attitudes. The Scholastic Aptitude Test scores started to drop after 1963 while school vandalism, violent crimes among young people, and teacher absenteeism ran rampant.

Distrusting the government and increased focus on individual rights gave way to students using slogans such as, “Don’t trust anyone over 30.” People over 30 said, “Don’t trust anyone under 30.” Almost everyone just thought, “Don’t trust anyone.” Society at this time was so anti-authority, teachers dominating influence declined. Teachers were just as puzzled as the rest of America’s youth over issues like the limits of protest, sexual mores, and patriotism.

The eighties brought a rekindling disposition to a society fatigued by transition and inward strife. This brought a resurgence of national reports associated with the failing of moral nature in schools by displaying the poor discipline, vandalism, and physical abuse of both teachers and students. Students used drugs and television as an escape. America was in strong need of moral behavior. Schools questioned themselves in whether they could be the only ones who could teach kids to act morally correct. Administration and public officials turned to the thoughts of Aristotle and Thomas Jefferson in trying to reinstate America’s right and responsibility to teach the traditional values of patriotism, and respect for adults.

For years, this debate raged. It went on during the “me generation” and the “X-generation” and the effects on society could be witnessed by the loss of trustworthiness, tolerance, and lack of accountability. In a recent article done by U.S. News and World Report on cheating, it seemed as if “immoral behavior” was everywhere. Eighty-four percent of college students believe cheating is the way to get ahead in today’s world. Ninety-percent of college students believe that cheaters never pay the price. The poll also found that one in four adults believe they must lie to get ahead. When people are dishonest, immoral, or that they are displaying poor character, the last thing they want to be told is that they are unethical.

People have very little tolerance when it comes to criticism. In an age where zero tolerance is a buzz word parents favor the concept but when it is applied to so-called “good kids” they are outraged. Supporters of zero tolerance argue it makes schools safer and unifies disciplinary measures. Critics argue it is a knee jerk reaction to tolerance. However, is it really a knee jerk reaction to the challenge of character and the necessities to develop it?
One of the greatest philosophers in history, Aristotle, noted, “If we want to take credit for our virtues…then we must equally take blame for our vices.” As a society, do we really want to accept the consequences of our actions? I was amazed when I read the story of Regales. My world history teacher introduced me to this character driven man. He was a counsel in the Roman army who had been captured by the Spartans after Rome lost a battle to them. He was taken prisoner and was going to be used as a prisoner swap with Carthage.

[ctt template=”5″ link=”6MAxB” via=”yes” ]“If we want to take credit for our virtues…then we must equally take blame for our vices.” ~Aristotle[/ctt]

Surely, these governments lacked the convenience of modern communication so they could only rely on the message personally delivered. So Regales was sent by the Spartans back to Rome to tell the Roman Senate what was to be done. Before he left Sparta, he promised them he would return and if the Roman Senate did not approve of the terms of the agreement he would allow Sparta to kill him. Regales did return to Sparta. Unfortunately, Rome did not agree to the terms and the story ends with Regales in a barrel into which the Spartans stuck swords and rolled him down a mountainside. Did this man have character or what?

Obtaining character is a daily struggle. We can stress the importance for character by educating people. Aristotle saw in the year 350 B.C. the need for character when he wrote Nicomachean Ethics. In it he tries to define happiness; the virtues of character and determine its place in the happy life. This supremacy of thought is relevant to acquire character. After all, “We are what we think.” This later became the foundation for others trying to win the warfare on character. Michael Josephson, a highly acclaimed ethicist, advocates The Character Counts! program which is based on teaching The Pillars of Character. Together these components encourage the individual to be better and in turn help others improve their character.

Once an individual has been educated in the importance of character, they then have a clear vision, are inspired to achieve success, and when it comes time to experience challenges rely on character to pull them through the situations that they might face. Living without the perception of what you want to do or where you want to go and how to do it, is a life wasted. With a clear vision despite defeat, rejection, and lack of recognition, you can persevere through challenges that may be hurled your way.

When you are able to acknowledge your imperfections, you can triumph over them in order to accomplish your goal. Walter Payton was one such individual. “I want to set the record so high that the next person who tries for it, it’s going to bust his heart,” Payton once said. Despite his 5’10 frame, he was the leading running back in the NFL for 13 years. With focus and determination, we can make our vision a reality. Having a clear vision gives you the ambition to be inspired to achieve success.

When you look back on all the hardships that you have been through you feel a sense of awe and satisfaction in achieving your goal. Character is not just about having the ambition or inspiration to achieve success, but it is about accomplishment and planning. We all possess the skills needed to accomplish our goals, but it is how we utilize our skills that make us talented and successful. You must expect to experience challenges in the long journey toward acquiring character. Having setbacks and restrictions makes us mentally stronger

Enduring these setbacks is what makes our vision seem valuable when obtained. Senator John McCain was a naval aviator in Vietnam.While on a mission he was captured by the enemy, beaten, and offered early release by his captors. McCain declined because he was unwilling to leave his fellow POW’s behind. He instead endured five more years of brutal captivity with them. We all experience setbacks at some point in time, but it is how we respond to and handle them that makes our goal even more precious when reached.

How the turn of the century is viewed by future generations is up to us. If we continue in the direction that we are headed in, we can expect to see an increase in declining ethics. On a survey done by the Josephson Institute on character development, 97% of teenagers felt it was important to be viewed as a person with good character.

Character is what helps people overcome the fear of challenges that we must endure. Perseverance through these obstacles enables us to clearly visualize our ultimate goal. When we know what we are truly capable of, only then, can we expect success. In the end, character is the only lasting trait humans have that enables them to be something more than just merely existing.

This site uses Akismet to reduce spam. Learn how your comment data is processed. 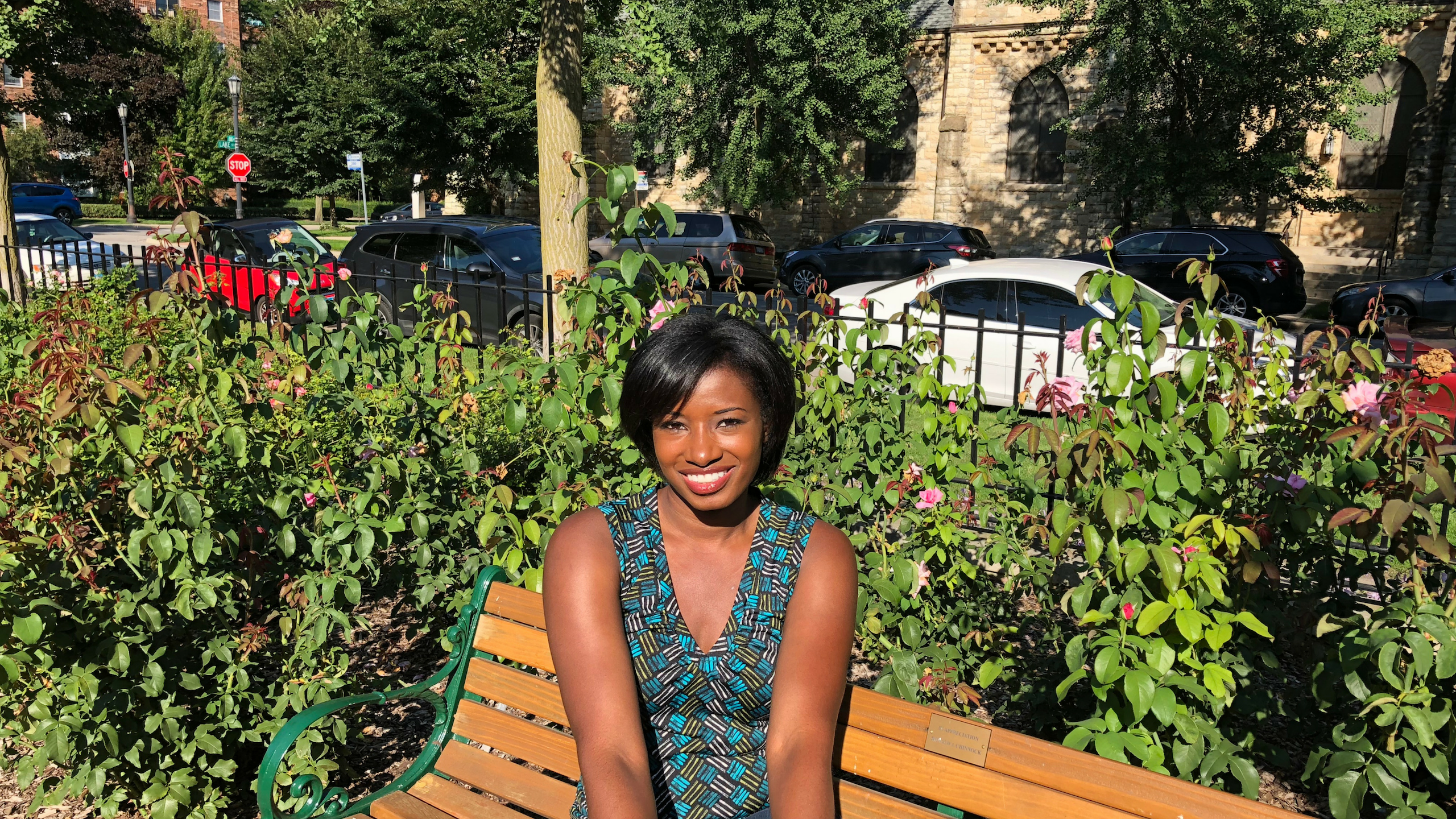 I’m a dynamic Marketing professional who creates brand strategies and digital content to elevate my clients' business. My goal is to make your life easier by reducing the time it takes for you to start your side hustle so you can thrive after 9 to 5.